Skip to content
We Just Want to Say “Cranks”

Ok, yes: it took awhile to make its way to Saint Louis, but fall weather (seems like) it’s finally here! We all really thought that the Halloween festivities would give the sun a clue. “It’s time to sleep, buddy. You did real good this summer.” But no, it turns out the sun was determined to provide one last burst of perfect sunshine for one of our favorite events in Saint Louis: Cranksgiving!

This was Tiny Little Monster’s second year live printing t-shirts at Cranksgiving (which is celebrating its own 11th year!), and it really is the perfect event for transitioning seasons, viewing the vibrant autumn colors, and starting November with a boost of holiday excitement. Hosted by St. Louis BWorks, Cranksgiving is a combination bike ride and food drive–or is that bike drive and food ride?–it’s one of those. In 2015, Cranksgiving received over 13,000 canned food donations during the event, which sounds amazing until you hear this year’s total: 18,000+ canned items! Every donated item went straight to Food Outreach, supporting local Saint Louis men, women, and children with cancer or HIV/AIDS.

What Were We Up To?

This year, Tiny was able to host an online store for taking t-shirt preorders. We offered a special, limited edition 4-color screen print design created by St. Louis’s own Dan Zettwoch (who also designed Flying Tiger’s new shirt on display in their Maplewood showroom. If you haven’t seen that one — check. it. out. it. is. amazing.) Tiny Little Monster was also present at the event doing some live screen printing, which is always super fun. The fun is only half the story though, because this year Tiny Little Monster raised over $550 for Food Outreach from t-shirt sales alone! If you’ve never experienced Tiny live printing t-shirts or koozies at a Saint Louis area event, be sure to follow us on Facebook so you can stay up-to-date on our latest event schedule.

Maybe it’s the cooler weather or the vivid colors — or maybe it’s that big, ol’ moon that was growing in the sky, but Cranksgiving truly is a one-of-a-kind event. Hundreds of Saint Louis residents gathered to ride bikes, raise money and awareness, and collect cans of food for their neighbors in need. In a year that has featured some pretty rocky terrain, it’s nice to participate in a smooth ride that celebrates community from start to finish.

Thanks, STL. We Love Ya!

We want to thank St. Louis Bicycle Works for the invitation again this year. Also, a special shoutout to Alpine Shop in Kirkwood (providing on-site bicycle maintenance and assistance–how cool is that?), Bailey’s Restaurants (yum!), and Saint Louis City Museum (for being the absolute perfect gathering place). Sure, this is only our second year being involved in this great event, but we think this was the best Cranksgiving ever!

And next year, we expect we’ll be saying the same thing. Happy Fall in Saint Louis, everybody! 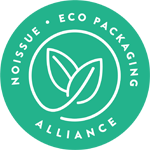 Answer a few questions, and we’ll get back to you quick!